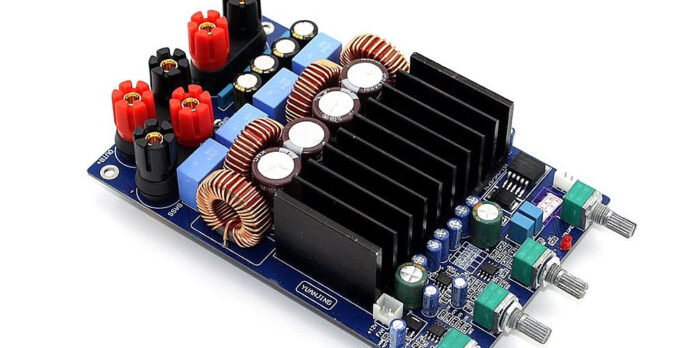 The basics of class-d amplifiers

Below are some basic components you need to know to understand the concept of class-d amplifiers and how they work;

A PWM modulator is a type of digital signal. These digital signals are used in several applications, like sophisticated control circuits. PMW modulation helps with the conversion of incoming signals to a series of rectangular waveforms. These waveforms usually feature equal heights. However, their width usually varies in time. Note that the width usually represents the sound signal.

In PMW modulation, the waveform can be amplified in the simplest way. This is because the transistors are not modulated. Rather they are used as switches. The role of the switches is to turn the voltage in charge of the power supply on and off.

It is worth mentioning that Pulse Width Modulation is usually accompanied by comparing the input to a sawtooth oscillator. This is typically known as natural sampling, and a triangle-wave oscillator is applied as the sampling clock. The final result is a proportional input signal level.

In class-d amplifiers, the output comparator is usually presented in digital form. Regardless, it does not have the power to drive the load, which is the speaker. This is where the switching circuit comes in. The role of the switching circuit is to provide adequate power gain for the amplifier to operate. The switching circuits used by class-d amplifiers are usually designed using MOSFETs. This design gives them the ability to produce non-overlapping signals via their non-overlapping gate signals. This helps minimize the chances of power shorting or power supply splitting.

The most common type of output low pass filter used in class-d amplifiers is the Butterworth filter. This type of filter is applied because it requires the least amount of components. Therefore, it does not significantly impact the size and weight of the amplifier. This filter also has a flat response and a sharp cut-off frequency.

Class-d amplifiers are currently becoming quite popular in audio devices. The primary reason is that they offer high-efficiency levels. This element makes them an ideal choice for portable battery-driven products.

The common technologies you can find in 3D printers

Is there a difference between android TV box and smart TV